Premier source for YOUR pet needs

For the past 10 years, Sam Russell’s® Pet Provisions has aspired to be the premier source for your pet’s needs, offering the highest quality specialty products and services in a comfortable, friendly environment. In addition to pet provisions, we also offer doggie daycare, boarding, grooming, obedience training, and swimming.

We strive to be the total embodiment of pet care! From our gift boutique, which showcases quality, upscale accessories and the best available all- natural holistic food products, to our Play Yard doggie daycare, where your pooch can experience a unique play experience that offers basic training, nap time, and supervised play.

Sam Russell’s® Pet Provisions offers a total store experience that reflects an emotional connection to our customers by providing an environment of pampered pet luxury. It is our goal to not only create a thriving business, but to be involved in our local community and give back to those around us.

We take great pride in our Elizabethtown pet center and invite you to stop by or give us a call today!

Sam Russell Drake de Shoff was born on the side roads of Fayetteville, AR around July 2006. In October, he charmed his way into the hearts of his human parents, Diane Shoffner and Judy Drake, and they adopted him from the Ozark Humane Society Shelter.

Sam Russell graduated with an Obedience 1 Certificate from Dogwatch in Fayetteville and later gained an Obedience 2 & Agility Diploma from Bella’s K9 Academy of Elizabethtown. He was also awarded his certificate from WAGS in Louisville as a therapy dog in 2009.

After finishing their careers in retail, Sam Russell’s human owners decided to change their life’s path and began visiting daycares and boarding facilities across the country. Sam Russell was along for the ride, spending time in different establishments, helping to weigh the pros and cons.

When it came time for Diane and Judy to choose the name for their own facility, they knew it had to be named after Sam Russell. The name also needed to capture their goal, to provide all the provisions a pet may need on their journey through life. With this in mind, Sam Russell’s® Pet Provisions was born.

Sam Russell was always the center of attention. He worked diligently with his human parents on floor plans and designs. He helped write a business plan and came to the bank when they signed for their first loan. He was there the day they broke ground and pressed his paw in the first laid concrete. And he was always ready to pose for photographs to promote Sam Russell’s® Pet Provisions.

In 2010, Sam Russell was front and center for our Grand Opening. He spent the day greeting guests at the door, napping in his man cave, and giving kisses to the children who joined us in celebration. It was this day that he earned his title of Chief Operating Canine.

On May 17, 2018, Sam Russell Drake de Shoff made his journey across the Rainbow Bridge. For 12 years, he was an inspiration to his human owners and in the time since, they’ve continued to build a reputation worthy of his name. His legacy continues to live on in his human parents, and with his siblings, Stella Rae and Sawyer Reece.

A touch of history

Brashear lived on a farm in Sonora, Kentucky in the late 1930s and early 1940s. The barn dates back to the late 1800s. Brashear was the first African American to become a U.S. Navy Master Diver in 1970. In 2000, Brashear’s military was portrayed by actor Cuba Gooding, Jr., in the film Men of Honor.

By salvaging remnants from the barn, we were able to create a unique design in our store, creating a warm, welcoming atmosphere for clients. Stop by and see it for yourself! 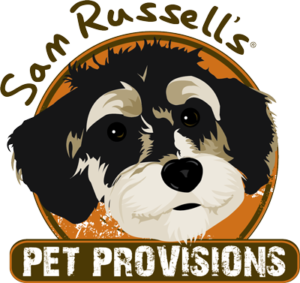